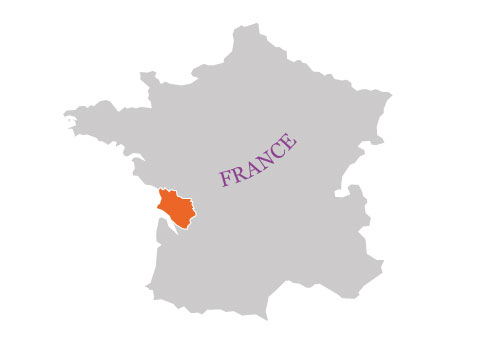 About 80 miles or so north of Bordeaux lie the two picture-postcard towns of Cognac and Jarnac, the heart of the Cognac industry. The region, stretching from La Rochelle in the north to Royan in the west and Angoulème in the east, is home to nearly 6,000 grape growers who supply white wine for distillation, predominantly made with the Ugni Blanc variety (aka Trebbiano).

These wines are characterised by high acidity and low alcohol – not something you’d particularly want to drink as they are, but perfect for distillation, which takes place (twice) in copper stills, or alembics. The eau-de-vie is then aged in Limousin or Tronçais oak barrels; the latter has a tighter grain, and imparts fewer tannins than the powerful Limousin, making it better suited to maturing Cognacs for longer. Finally, the spirit is usually cut with water to 40% abv.

Cognac has a number of categories, which reflect the time each one has spent in barrel. VS (‘Very Special’) Cognacs must contain eaux-de-vie no younger than two years old; VSOPs (‘Very Superior Old Pale’) must be at least four years old; and for XO (‘Extra Old’), as well as bottles labelled ‘Napoléon’, ‘Extra’ and ‘Hors d’âge’, it’s six years, although this will rise to 10 years from 2018 (with the exception of Napoléon). That said, in practice, the vast majority of XO Cognacs contain eaux-de-vie much, much older than the legal minimum.

Most VS Cognacs are designed to be drunk long (with, say, ginger ale or tonic and a dash of bitters) or in a cocktail; VSOPs can either be mixed or drunk neat; XOs really should be enjoyed on their own – the extended ageing adds a multitude of flavours and aromas, many of which would be lost in a cocktail. The complexity of some XOs can be extraordinary, many of which displaying the elusive rancio character, redolent of dried fruits and Christmas cake.

The concept of terroir is perfectly demonstrated in Cognac, too; the region is divided into six Crus: Grande Champagne, Petite Champagne, Borderies, Fin Bois, Bon Bois and Bois Ordinaires. There are notable differences between each one, with Grande Champagne eaux-de-vie noted for their power and finesse; Borderies for their fruity, floral notes, and so on. Cognacs made from at least 50% Grande Champagne and the rest from Petite Champagne can also bear the term ‘Fine Champagne’ on the bottle. And it’s worth knowing that ‘Champagne’ in this part of the world has nothing to do with the fizzy stuff – it refers to the chalky soil that is found throughout the region.